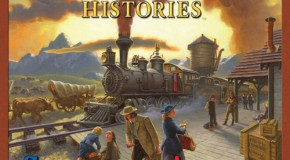 Settlers of America: Trails to Rails – A Boardgaming Way Review