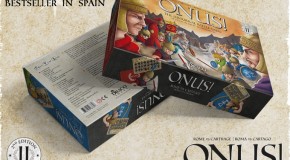 ONUS! Rome vs Carthage and Expansions from Draco Ideas now on Kickstarter

By the Staff of Draco Ideas ONUS! A war game set in the ancient Rome and Greece. Revive historical battles… Or develop your own! ONUS! Rome vs Carthage is a wargame set in the Ancient 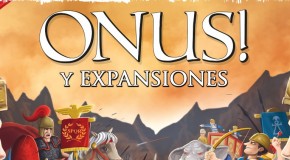 By Draco Idea Staff:  ONUS is a wargame that uses cards instead of counters based on ancient battles the Roman Empire and the Carthaginian ones. It is a bestseller in Spain where 1st edition