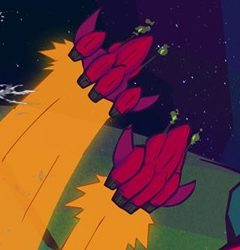 I’m proud to announce that “Escape from Hades” has been nominated for the Charles S. Roberts Award for the Best Science Fiction or Fantasy Wargame of the year. As you may know, I designed “Escape from Hades” and it was developed by Hermann Luttmann. It is published by Hollandspiele and is doing well.

Now, while we are very proud of making the final cut we realize that Hollandspiele is nowhere near as large or as well known as, say some other publishers, and our chances of winning a CSR award are minimal. Still, it is a high honor to be included with such great games.

But, I just want to take this opportunity to thank all of the people who helped out in making the game, especially the playtesters, Hermann Luttmann plus, of course, Tom and Mary Russell, the publishers of Hollandspiele. Thanks all.

As far as I know, the winners will be announced sometime in September on Dan Pancaldi’s “No Enemies Here” channel on Youtube. I’ll keep everyone appraised of the outcome.

I believe these are the nominees, although voting has closed:

Time of Legends: Joan of Arc