Popular Mechanics: Elon Musk – Why I’m Building the Starship out of Stainless Steel 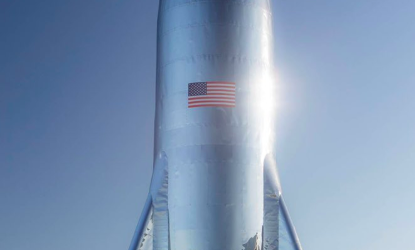 Musk tweeted in January that the rocket formerly known as BFR would be built of stainless rather than carbon fiber. In this exclusive interview, he tells PM Editor in Chief Ryan D’Agostino why.

“So SpaceX is making a huge rocket out of stainless steel. As far as we know, this marks the first time the material has been used in spacecraft construction since some early, ill-fated attempts during the Atlas program in the late 1950s.

We know he is doing this because, after weeks of rumors about a tweak to the design, a few days before Christmas Musk revealed that there would be much more than a tweak. The state-of-the-art carbon fiber forming the body of the Starship rocket (formerly known as the BFR, or Big Falcon Rocket, or Big F-other-word Rocket) and Super Heavy booster would be replaced by 300-series stainless“

Popular Mechanics: “Cold Blue” Shows the B-17 Like You’ve Never Seen It Before

Popular Mechanics: What Human Beings Can Teach Aliens About Probing the Solar System