By Michael Peck The fight for Scottish independence, coming to a living room table near you. Damn that William Wallace. Damn that stupid movie Braveheart. And curse this infernal board game that compels me, Edward Longshanks, 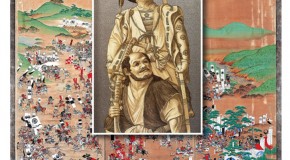 Sekigahara: The Unification of Japan: A Boardgaming Way Review