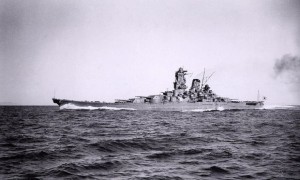 Let’s face it. Imperial Japan stood next to no chance of winning a fight to the finish against the United States. Resolve and resources explain why. So long as Americans kept their dander up, demanding that their leaders press on to complete victory, Washington had a mandate to convert the republic’s immense industrial potential into a virtually unstoppable armada of ships, aircraft, and armaments. Such a physical mismatch was simply too much for island state Japan — with an economy about one-tenth the size of America’s — to surmount…..