The South Cocoon: a paper by Ryan Owens based on the testimony of Joseph Lutrario, the only person pulled alive from the WTC’s South Tower on 9/11. 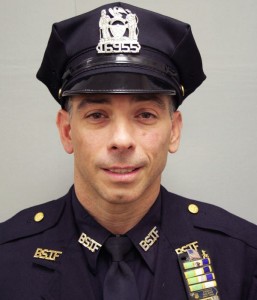 “The South Cocoon” is a paper by Ryan Owens based on the testimony of Joseph Lutrario, the only person pulled alive from the WTC’s South Tower on 9/11.

Page 305 of the 9/11 Commission Report states, “At 9:58:59, the South Tower collapsed in ten seconds, killing all civilians and emergency personnel inside, as well as a number of individuals – both first responders and civilians – in the concourse, in the Marriott, and on neighboring streets.” For over a decade, it was believed that the collapse of the World Trade Center’s South Tower was so energetic and destructive that every person (as well as a police canine) inside the building at the time of its collapse was killed. In September 2012, however, I first heard of former NYPD police officer Joseph Lutrario through his efforts with the charity organization 9/11 Health Now and brief interviews with his local media. Upon arrival at the World Trade Center, he helped to evacuate toddlers and babies from the site’s daycare center along with a teacher and a civilian (believed to be the FBI’s former Chief of Counterterrorism forced out weeks before 9/11 due to his obsession with finding Osama bin Laden and warnings of an impending mainland terror attack, John O’Neill). He then entered the South Tower, which collapsed moments later.

After hearing Mr. Lutrario’s story (and validating it), I began to research it further and soon found evidence – including radio transmissions and the discovery of intact bodies with no visible injuries more than six months after the collapse – of still others inside the South Tower who also likely initially survived its collapse in the central stairwell and nearby but were buried deep under half a million tons of steel and concrete. I decided to write an academic engineering paper about what I came to refer to as the “South Cocoon”, in order to both tell the story of those trapped inside (most of which has never been told before) and to provide an explanation from an engineering perspective as to how a small section of the lower floors of the tower was able to survive the collapse of the rest of the building, sheltering those inside. Through interviews with Mr. Lutrario, much is also being known and told for the first time about the actions of John O’Neill at the World Trade Center on 9/11 (spoiler alert: he was saving the lives of children in the daycare). 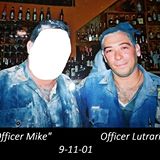 9/11 is considered to be the most documented event in history, but for 13 years there has   been virtually nothing known about what occurred INSIDE the South Tower during its      collapse, as the only cameraman inside of it perished and it was believed by all that      everyone inside the building was killed, unable to share their stories. The goal of this  paper is to shine a light for the first time on the information blackout inside the South  Tower during its collapse and in the hours afterwards, to light up the darkness.-Ryan  Owens

The South Cocoon can be read or downloaded here:https://www.dropbox.com/s/647btn2t8fftzvn/The%20South%20Cocoon.pdf

Crowdfunding Is Driving A $196 Million Board Game Renaissance – FiveThirtyEightLife