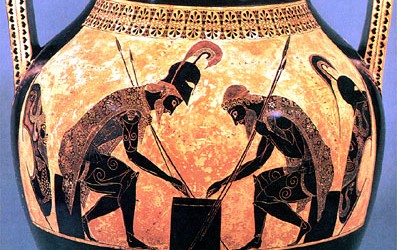 You can play reconstructions of ancient board games thanks to these scientists and their algorithms.

“Cameron Browne doesn’t see games the way you and I do.

“I [deconstruct] them into their mechanisms,” he said. “I have quite a mathematical approach to games.” This perspective comes with the territory when you’re at the forefront of digital archaeoludology, a new field that uses modern computing to understand ancient games, like Browne is.

Humans have played games for millenia, and the oldest known board game is an Egyptian game that dates back to 3100 BCE called Senet. “We almost never have the rules for these early games,” Browne said. “The rules have never been recorded, so our knowledge is largely based on historian’s reconstructions.”

Browne is the principal investigator of the Digital Ludeme Project, a research project based at Maastricht University in the Netherlands that’s using computational techniques to recreate the rules of ancient board games…”
Read More Here:
TAGS » game rules, web article
POSTED IN » General Articles