Welcome to the 2011 For The People BPA PBeM Tournament Page 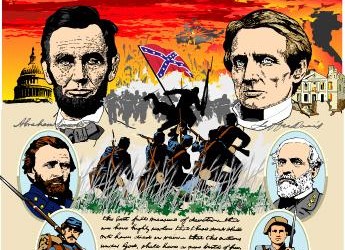 These games were completed by 4 May 2013

* Characterize the Type of Victory as one of the following:

30 April 2012 – We will be playing at least one additional Swiss round ( A fourth round) before the tournament proceeds to the Single Elimination rounds.  This additional Swiss round should get us to four (or possibly three) players who are undefeated and decrease the pool of players with a single loss from currently 16 to about 9 (depending on drops and specific results). That would give players with only one loss a roughly 50-50 chance of making the elimination rounds by random draw. Even a 40% chance of selection is much more in keeping with the original intent than the 7% chance which the current situation yields. I do not anticipate having a fifth Swiss round, but I choose to keep the option open if the exigencies of fate require it; tho at the moment I cannot imagine what those might be.

Top Qualifiers from the four rounds of Swiss elimination play

Note: Game numbers marked with an ‘*’ were adjudicated by the GM when the time expired.  Victor is the side that delayed the game the least.

* 3-17 was recorded as a tournament victory for Mike Pacheco on time in the Spring of 1863 when time expired for round 3.
The game was played to completion and was a USA victory in the Fall of 1863 as CSA SW fell to 0.