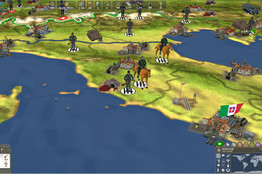 Last week, Muzzy Lane Software released the sequel to its groundbreaking strategy game, Making History. Like its predecessor, Making History II is a World War II simulation, where players choose a country and, beginning in 1933, guide it—diplomatically, economically and militarily—through the great conflagration. The new version boasts many intriguing features, not the least interesting of which is the involvement of historian Niall Ferguson….