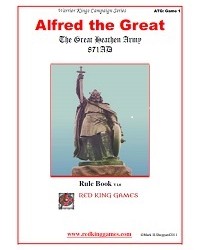 By the staff of Red King Games 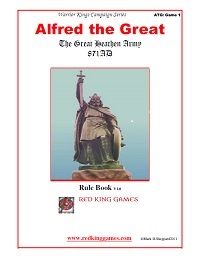 New from Red King Games. Alfred the Great is a print-n-play game that commences the series in 871AD where the indomitable Alfred the Great is set to do battle with the Vikings of the Great Heathen Army. The games are relatively low complexity, and should take somewhere between 1-2 hours. The battle mechanics are designed to be straight forward but the decisions faced by the Saxon and Viking player will reflect the choices, tactical and strategic that both Kings had to make in those dark days of the late Ninth Century. A miniatures version of the game is also available. Price: $7.50.