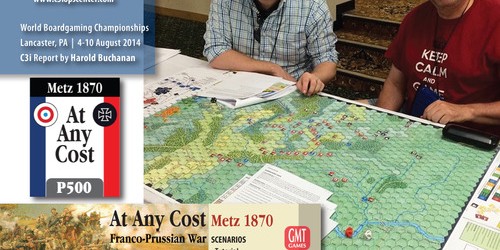 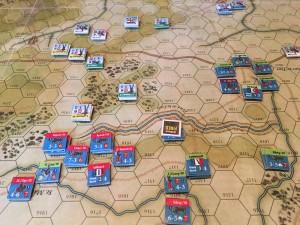 Hermann Luttmann and I ran through our latest playtest of GMT’s At Any Costs: Metz 1870 this afternoon. I played the French as usual. We played the “Crisis on the Left” scenario. That’s Mars-La-Tour on the French right already occupied. 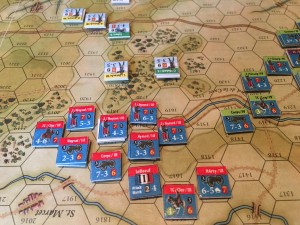 As usual I had the French advance across as wide a front as possible. This is the French left flank advancing on a secondary objective – Vionville. 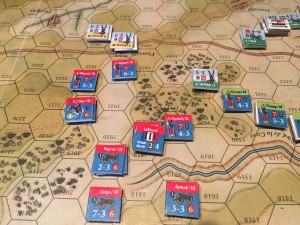 The French IV Corps continue to advance toward Vionville. If you note, the map is the production version. It is terrific. 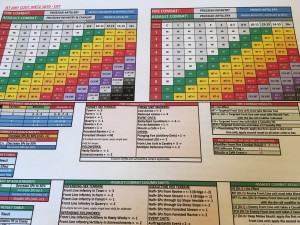 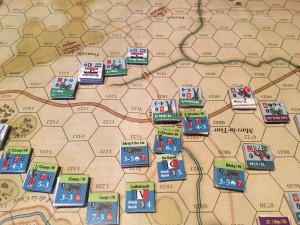 I ran the French cavalry ahead of the infantry in order to get into Mars-La-Tour as soon as possible. They were able to hold off the Prussian infantry long enough for the follow-up French infantry to release them. At Any Cost: Metz 1870 should be published by GMT sometime in the first half of 2016. It’s basically done, but we need to test all the scenarios, the campaign game (and overnight rules) and make sure all the moving parts work together. We are now in the process of sending out playtest kits to two blind playtesters. So things are moving along nicely.