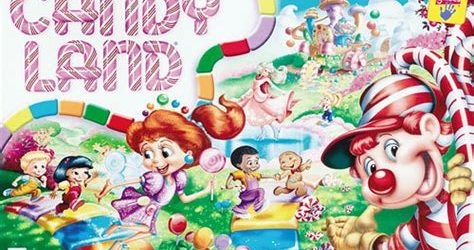 If you’re anything like me, you have already gone through most of the games on your shelves, looking for ones that you can play solitaire.

Not just the board games that are easy to reach, but the other ones – old games that are buried on a basement shelf, or on the floor under your bed, in that out-of-the-way storage space where you packed them in a carton – too good to throw away but not likely to be a lot of fun either.

When I did my search, some old games surprised me. I found one, called simply “1942,” that focuses on Japan’s opening attacks across the Pacific after Pearl Harbor.

Put out by Game Designer’s Workshop a long, long time ago, the simple-looking game uses just 120 counters to show Japan’s initial attacks in Burma, Malaya, Sarawak, the Philippine Islands, Java…well, you get the idea.

The first time I played it, I got it all wrong. The second time, I almost figured out why. The third time, I realized the game was really well-done. It doesn’t talk much about supply in the rules, but it shows just how dependent the Japanese were on transports they didn’t have, and shows why they spent so much time getting control of ports.

What does this have to do with “Candyland”?

Well, just as “1942″ is driven by a set of unforgiving rules that determine how the game will turn out, “Candyland” – which has only a few rules and a really simple action sequence – can show just how gamers can impose some really interesting things on some simple actions.

Think of it as a blank slate where demented gamers can impose their own rules to improve the game. You know, a pinch of supply requirements, some weather chart roles, a battle chart that favors only overwhelming attacks.

Yep, and “Candyland” doesn’t need any of those things. But, let’s just have some fun with it. A friend of mine once said that once you buy a game, you can make any rules you like.

Now, everyone should remember “Candyland”. It’s probably the first game a lot of us ever played.

There is a deck of cards, most of which have a single colored square on them. Some of the rest have two colored squares. A few have pictures.

Players have to go down a colored path of red, blue, green, orange, purple, and yellow spaces to get to Candyland castle. First one there wins the game.

Now there are just a few rules. Players can share a space. You get a picture card and you go to that picture’s square on the rambling path. Stop on a lickerish splotch and you are stuck for one turn. Young children can ignore a picture card that would make them go back.

And it works perfectly. But, is there any strategy to it?

Anyway, we need not get stuck on game details like why Mister Mint was replaced by the Duke of Swirl in a later edition. It’s been updated a lot over the years.

What makes it a fine platform to look at game strategy is how we might turn something as simple as “Candyland” into a game fit for wargamers.

Just think – all you do is go around the board. But, what if you could risk something so you never had to go back if you get a bad picture card. Would you give up one turn or two? And what would the game really charge for that kind of insurance? Giving up a single turn early in is no big deal, but it could be critical near the end of the game.

Charge more for the path near the Castle? Maybe.

You could make a chart, or go for three colors losing one turn instead of one color losing three turns.

Ah, the wheels keep turning. Maybe we could add a six-sided die, and if you roll a 6 you go twice? Or a 1 and you lose your turn. What if we declared orange to be difficult terrain, and if you pull another orange card while on an orange space you can’t move.

Well, this clearly shows the insanity that gamers can sink to when they are left alone. And how easy it is to justify making things just a little more complicated – to be more realistic, of course.

It also shows how little things can have a big impact on a game.

Just like the Japanese supply problems do in “1942″. Which, of course, is what happened in the real war.