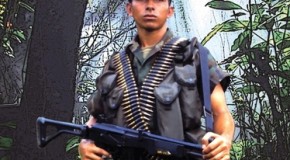 By Charlie Hall Acclaimed designer Volko Ruhnke gives a whole new meaning to the term “serious games” “The United States has exactly 16 agencies devoted to intelligence gathering and analysis, but only one which reports

By Fred W. Manzo – August 2011 WBC 2011 A few of us  attended three conventions this year (2011): MonsterCon in Tempe, Arizona, Historicon in Valley Forge, Pennsylvania, and WBC in Lancaster, Pennsylvania. Origins