Daily Mail: The Viking family buried with their favourite board games: Playing pieces were thought to entertain the dead in the afterlife.

By Joe Stenson For The Scottish Daily Mail 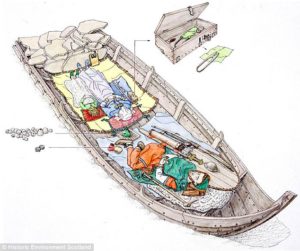 “They were better known for the terror they instilled in the coastal populations as they pillaged their way around Britain.

But it seems the Vikings may have also had a soft spot for something a little more mundane too – board games.

Archaeologists have discovered two burials of Norse warriors in the Orkney Islands, which were interred alongside bone game pieces and dice.

Now researchers believe these were placed alongside the bodies of the dead to commemorate their skill in the games during life and to provide them with entertainment in the afterlife…..” 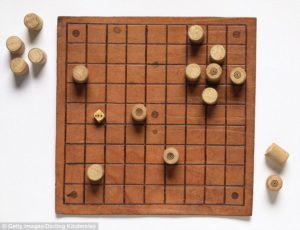