Esquire: The 5 Board Games You Should Play (The Resistance- Avalon, Takenoko, Legendary, Lords of Waterdeep and Kingdom Builder) 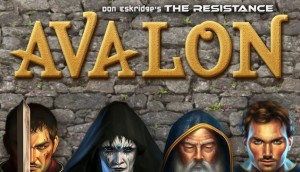 When you hear the name Wil Wheaton, different images might flash in your mind: the bookish teen Gordie, who goes out to find a dead body with his friends in Stand by Me; the gifted yet kind of snobbish cadet Wesley Crusher in Star Trek: The Next Generation; and most recently, the proponent of all things geek. Like Chris Hardwick and Patton Oswalt, Wheaton has risen up the celebrity food chain in recent years by tapping into the nerd demo. In the latest chapter of his career he’s found success as the creator and host of the popular Internet show Tabletop (which just launched its third season), in which Wheaton plays popular board games with a group of celebrities, geeks, and game designers…..