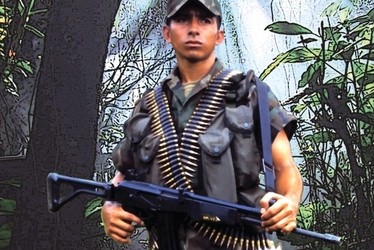 “The United States has exactly 16 agencies devoted to intelligence gathering and analysis, but only one which reports directly to our nation’s Chief Executive: the Central Intelligence Agency. Founded in 1947, the CIA’s most glamorous mission is to conduct “covert action as directed by the President.” But without good information and prudent decision making, any possible covert action could lead to an international incident.

That’s why the CIA trains its own analysts, and analysts from other agencies, with board games.

By day, Volko Ruhnke is an instructor at the CIA’s Sherman Kent School for Intelligence Analysis. It’s a kind of university within the CIA that offers basic training and advanced coursework in the skills needed to be a defense analyst. By night, Ruhnke is an acclaimed designer of commercial board games best known for the COIN Series, published by GMT Games…..”