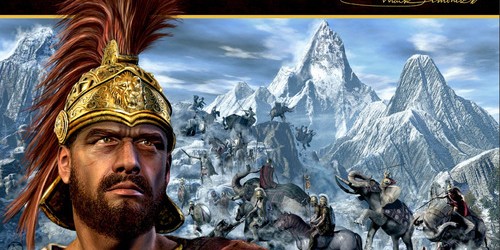 I never mind losing, because that means I was just shown an example of superior tactics and strategy. Think of it as a gaming lesson you didn’t have to pay for. But as how to get better, I’d suggest the following:

1. Read the rules and especially the “how to win” section. Also read and watch “After-Action-Reports” and game reviews. If they say the game is unbalanced, well knowledge is power. Do what they say breaks the game.

2. Watch what the better players in your group do. If you follow their strategy until you reach their level of play you’ll improve. And always try to play with people who are better than you are at any particular game.

3. Ask questions. Why did you make that move? What was the best move in that situation? When the winner starts to brag, listen. He said he won because of A, B and C. So the next time you play him be ready for him to do A, B and C. Winners don’t improve or change as they consider their play perfect. Only losers improve.

4. Play the man, not the game. If the leader always collect resources first, then expands his empire, be prepared for him to follow that strategy or try to block that strategy. Your advantage is that you know what’s coming, because it was exactly what came last time.

5. Make formal and informal alliances. Concentrate on one opponent at a time. If you don’t attack a player who doesn’t attack you perhaps you both can be better prepared for the player who always attacks or interferes with the weakest player first, etc.

6. Make a plan and stick to it. A bad plan is better than no plan at all and it’s at least a starting point. So you lost with your first strategy, most people do. After all, “the enemy gets a vote.” But the important point is how can you improve upon what you just did? If you can’t figure out a way to improve your strategy try something a little different. At least trial and error will produce useful information for you. Either what to do next time or what not to do.

7. Always try to play the same game as much as possible. You know if your plan to improve your playing level is working if you start to come in third in a four person game or second. So you lost, don’t worry about it. It’s only a puzzle that you’ll get better at with practice.

8. Play with as many different people as possible. You’d be surprised how many times my gaming group meet “experts” at a game convention that we can easily blow away. It’s not that our club’s members are so good as that their club’s members play only among themselves. They don’t get to see the whole range of possibilities a game provides and they have no practice in confronting a new strategy. All strategies have strengths and weaknesses, so when your opponent tries something new be prepared to counter it by aiming at its weakness, if you can figure out what they are, or just copy it until you do.

I hope this helps.

PS: An earlier version of this article was posted on Boardgamegeek a few weeks ago.