On the Table: “Storm Over Normandy” from MMP

“Storm Over Normandy is included in the Summer 2015 issue (Issue #6) of SPECIAL OPS magazine.

June 6th 1944: American, British and Canadian forces landed at dawn on five beaches in Normandy, intent on starting the operation that would help end the war on the West Front. Storm Over Normandy simulates the first six days of the operation, with the surprise landing on the Allied forces, and the response by the German occupiers.

New cards have been created in order to represent events encountered during the operation.

The game focuses on the landings on the five beaches “Sword”, “Juno”, “Gold”, “Omaha”, “Utah”, plus the Allied paratrooper operations, and the German response over the first week of the battle. The game is seven turns long, and can be played in less than 3 hours by experienced players.

The game requires 4 six-sided dice that are not included. 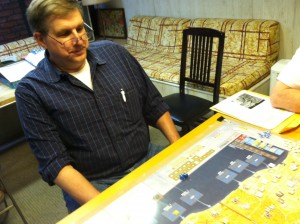 Hermann Luttmann playing the Allies in MMP’s “Storm Over Normandy.” 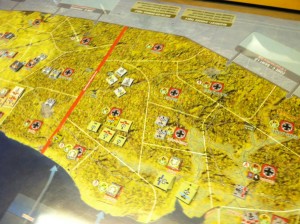 The map of “Storm Over Normandy.” Although SoN is a magazine game, it does come with cards of a superior quality (not perfect, but surprisingly good). 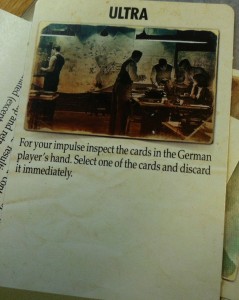 And example of one of the cards in the game. 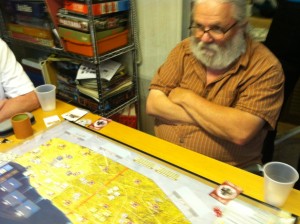 Ed playing the Germans at Normandy. I’m hoping to get a review of the game for The Boardgaming Way, but first impressions were very favorable.