The marks that told travelers whether a town or house was friend or foe. 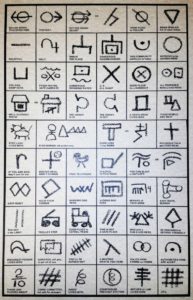 “It was almost 30 years ago, and I was flat on my back in a hospital bed in Trenton, New Jersey, sharing my room with this elderly man. I called him Mr. Howard. To everybody else, he was Willy. I was in my early 30s, laid low by a bacterial infection and feeling like I’d been hit by a truck. My roommate was in his 90s, and though he was in for heart trouble, he was sharp as a razor.

While we healed, Willy imparted wisdom about the difficult truths of life as a hobo, an itinerant worker who moved through rural America, sometimes stealthily for their own security. Their secret? A system of hastily scrawled symbols that only the initiated would understand….”