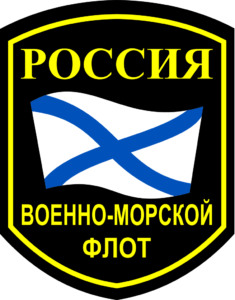 The Patch of the Russian Navy – Wiki

“The Russian navy, the Military-Maritime Fleet (Voyenno-Morskoy Flot—VMF), always a poor relation to the Russian Land Forces given geography and national traditions, has been contracting in size since 1985. Now, as Izvestia announced last week (April 18), it is going to decline still further because of a decision by the Ministry of Defense to scrap two major surface vessels and four submarines rather than modernize these aging Soviet-era naval assets (Izvestia, April 18). Defenders of this decision say these ships will be replaced by more capable vessels, but even they concede that the new craft are not going to join the fleet anytime soon. All this has sparked a debate in Moscow about whether the Russian VMF is capable of supporting Moscow in the war that Vladimir Putin keeps saying is coming or even in more limited theaters. The overwhelming answer from independent experts is “no.”