The Daily Signal: Churchill on the “Practical Truth” of the Declaration of Independence 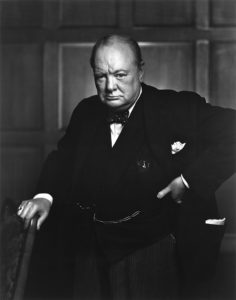 “As a statesman, an author, and a friend of the United States, Winston Churchill was regularly called upon to offer his sentiments on the meaning of the Fourth of July. In his remarks over the years, as Lewis E. Lehrman points out, he emphasized a similar theme: Though the Declaration of Independence signaled the American political break from Britain, it was inspired by a shared Anglo–American political tradition of resistance to tyranny…”