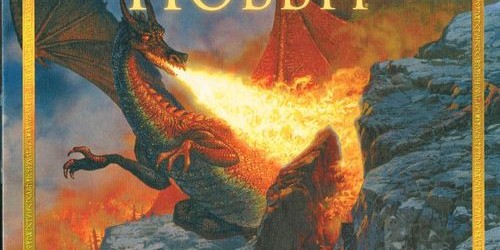 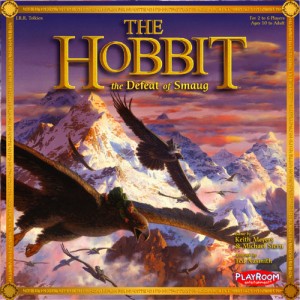 Once upon a time, in the golden age of war gaming, a company called Simulation Publications, Inc., created – nay, invented – the mass produced wargame and put it in a magazine that came to your house every other month.

They grew and thrived, and the magazine expanded. And, great games and not-so-great games came out six times a year. And, more, as even more games were made and sold and even put in stores.

But,  a dark cloud loomed over SPI (actually, many, but that is another tale). How, the company asked itself, could you keep expanding your market when people who never played war games before had to face the new experience of plowing through rules they just didn’t understand, rules that covered movement and shooting and impassible terrain and zones of control.

What, some of their potential customers asked, was a zone of control? And, did it move? And what’s case 2.4 anyway.

The SPI people came up with a cheap and elegant solution. They would give away a free war game – about the size of a large post card – with a dozen or so counters, and it would teach the basics of movement and battle odds calculations.  And, it more or less worked.

It worked, that is, until vast and mysterious market forces and human foibles wrecked havoc to the first golden age of war gaming, leaving a dismal swamp that was not drained until computers came of age, video games launched off Commodore 64’s, and a new golden age was born.

(Be of good heart. New ages are born and die regularly, it seems).

The point of this fairy tale is that, with all that has happened to the gaming industry over the decades, no one has come up with a good replacement for that simple post card teaching game.

And, here we have The Hobbit. It violates several of my personal rules: never stick a very popular name and image on a game-like box and pretend it works for adults. Never, ever play a game that involves using a spinner. Never play a game with a cut-out of a dragon that you stick on a mountain top. And, above all, never ever claim you have killed a dragon when all you do is steal his treasure.

That said, there is something about The Hobbit that does serve a purpose. Its a ticket to getting young children out of Candyland and moving them to a game which plays very simply, and yet gets them to make strategic choices.

They don’t win by being the first to race down the track to the mountain. They win by accumulating the most gems and action points. They have to decide whether its worth it to take a risk and spend an action card to earn a gem. They learn that greed is good, Well, maybe not that last one,

Now, I have taught all of my children how to play war games with greater or lesser success, and my oldest grandchild regularly destroys me when we play a game. Heck, my younger daughter was regularly destroying her older sister’s high school friends when she was still in elementary school.

Point is, that when my granddaughter first started to learn to play, we made up our own game – a path through a forest and a field that you moved along by rolling dice, with some boxes where – if you stopped – you had to fight a monster or be trapped for a turn. And, she could color the map with crayons to make it better. 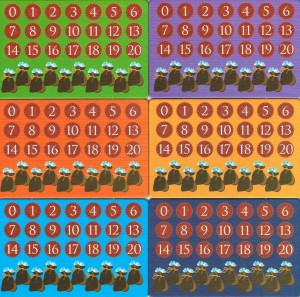 Hobbit – All Player’s Board

Now, we have The Hobbit. And it does the job of getting children interested in playing a game very nicely. My pre-teen consultant tells me its a game really suitable to second and third graders, although you could add or subtract a year or two depending on their maturity. The game was play-tested by several sixth grade classes.

What you do is run around a track, with every space offering the possibility of something happening. The jeweled spaces are easy – each one gives you a jewel. The spaces  marked with a capital G offers you one of Gandalf’s Gifts – a card with a helpful item in one of four categories. I would explain them, but a certain wizard with bushy eyebrows might turn me into a toad.

But you pay for those gifts with a jewel, which means you have to decide if you really want it. And, you might go off collecting jewels early in the game if you don’t care that someone is getting ahead of you. 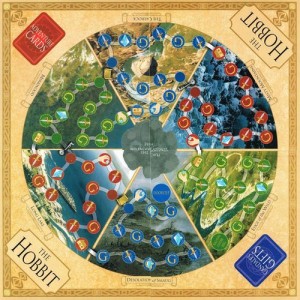 There are adventure spaces, where you have two ways to win. You could have the right combination of Gandalf gift cards, or you might go to the spinner. It looks a little complicated for children – you land on one item and get another. Grown-ups will quickly recognize it as a spinner that is playing rock-scissors-paper.

You may land on a gift exchange space in the  last section of the map, which will allow you to trade in a Gandalf Gift card for a jewel. And, finally, you can try to attack Smaug and steal a jewel. Your chance of success depends on how many adventure points and jewels you have accumulated.

The winner is proclaimed King under the Mountain. And, may their fortunes be better than the other Kings that came before them.