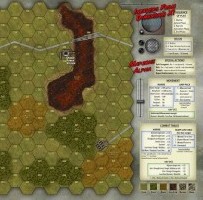 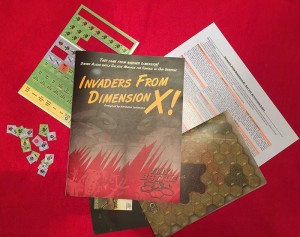 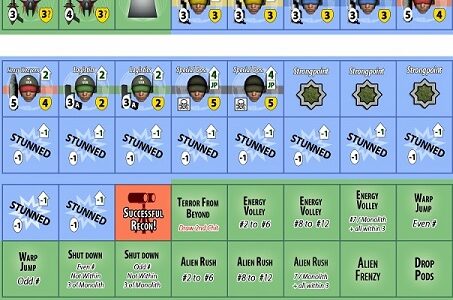 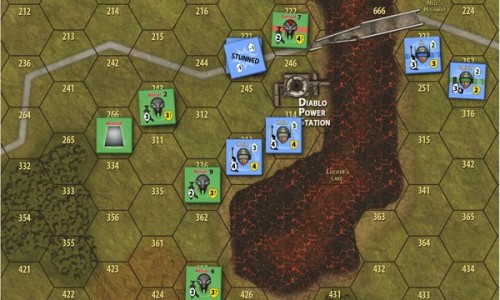 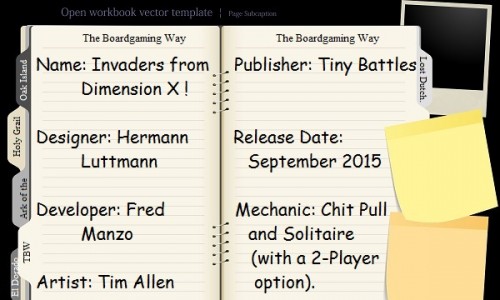 By the Staff of The Gaming Gang: 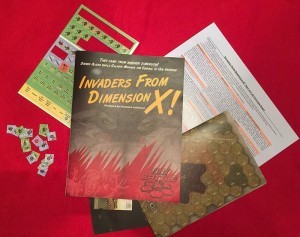 “I make it no secret Hermann Luttmann is a pal of mine. It’s always a pleasure when I have the chance to chat with him and you can be sure if I happen to make my way to ConSim World Expo, and he happens to be there, I’ll kick it with a beer or three and talk games with him. I also happen to be a fan of many of his designs and you’ll find quite a few of his games (Dawn of the Zeds, In Magnificent Style, Duel of Eagles, etc) have received high review scores here at TGG. All of this means I’m a very happy camper when one of his games shows up at my door.

The latest is Invaders from Dimension X and while it may look like a traditional style SF wargame, ala the 1980’s and 90’s, there’s a bit more purring under the hood than you might expect. The premise is this: Humanity has taken to the stars and established colonies throughout the galaxy and, as in just about all science fiction, mankind finds they are not alone among the stars. Yet the newest enemy doesn’t come from another planet but rather another dimension. Thus the forces of the United Space Alliance (USA) are thrust into war with an utterly alien race known as the Kay‘otz…..”