John Kranz did a simply terrific job of running Consimworld Expo 2015 and as far as I could tell everyone there had a wonderful time. Although the temperature did hit a high of 111 F one day (and 108 F another) I must say the hotel A/C put in an heroic effort keeping things liveable for Earth-based life forms and except for an unexpected sandstorm Saturday night everything went smoothly. . 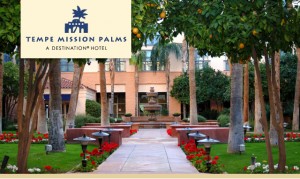 The Inner Courtyard at Tempe Mission Palms, Tempe, Arizona. The hotel is as nice as it looks. 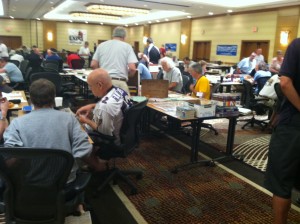 The Grand Ballroom at Consimworld Expo 2015. 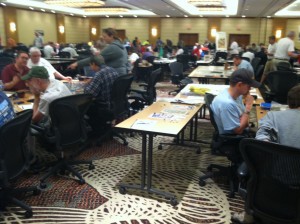 Another view of the Grand Ballroom. I heard that Consimworld Expo 2015 set a new attendance record. reaching 325 attendees. Normally, I believe, there are around 275 people there. 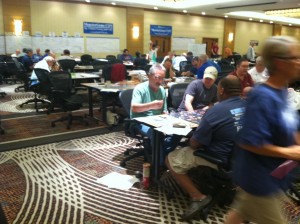 Another view of the Grand Ballroom 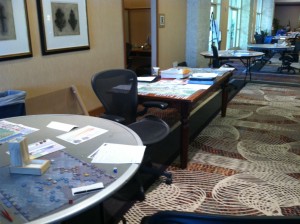 A view of the Outer Hall during one of the few times it was not packed. The first table, in the lower left hand corner, looks like it has a copy of “Stonewall’s Sword” set up. The central table has GMT’s “Hammerin’ Sickles” and “At Any Cost: Metz 1870” on display and the table behind it was showing Legion Games’ “Berlin Airlift.” 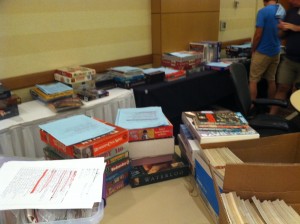 Consimworld Expo 2015 had about 8 tables set aside for its Flea Market. This was three of them. 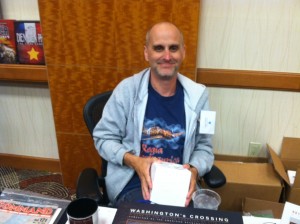 Roger Miller of Revolution Games at his dealer’s table in the vendor room. The white box he is holding contains a “Stonewall’s Sword” mug he was kind enough to give me for developing the game. 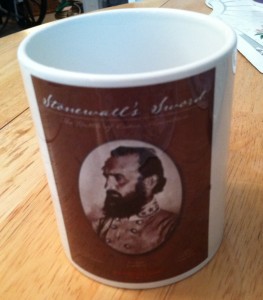 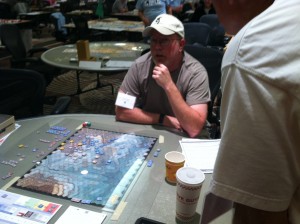 A discerning player contemplating Revolution Games’ “Stonewall’s Sword: the Battle of Cedar Mountain” in the Grand Ballroom. At one time there were three games of “Stonewall’s Sword” going on at the same time. (Roger Miller also reported that except for his display copy he sold out of Stonewall’s Sword. Just saying.) 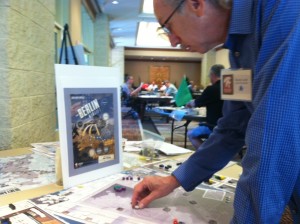 Randy Lein of Legion War Games setting up his table in the outer hallway. That is his “Berlin Airlift” game in the center. 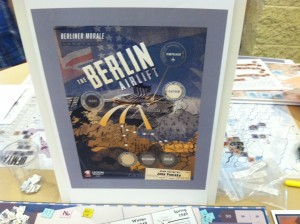 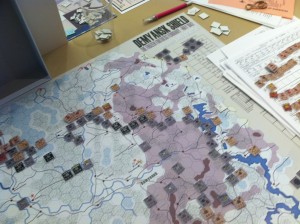 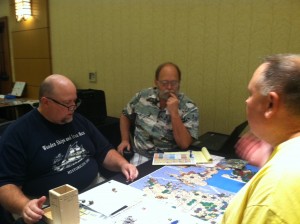 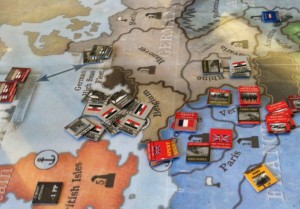 Compass Games’ “The Lamps Are Going Out – World War I’ was also playtested at the convention. It will be published early next year. Its designer is Kirk Uhlmann, its developer is Hermann Luttmann and I’ve been play-testing it. Except for some final play balancing the design is near completion. The components shown are only for playtest purposes. 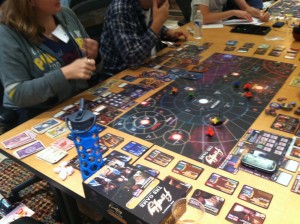 The S.F. game “Firefly” also was played once or twice in the Grand Ballroom. Its publisher was “Gale Force Nine.” 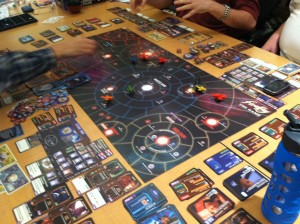 The same game of “Firefly,” but from a different viewpoint. 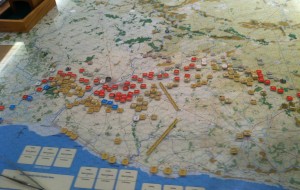 A game of “Atlantic Wall,” from the legendary publisher SPI, was put on in the Grand Ballroom. After all, Consimworld Expo features MonsterGame.CON XV and what would a Monster Con be without monsters? 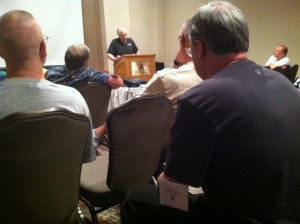 The designer, Mark Herman discussing his new game from GMT “Churchill.” He also briefly discussed his upcoming game “Pericles,” which will use a similar system. 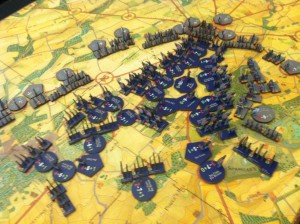 “Rally Round the Flag” was set up in the outer hallway. It’s being published by Jeff Billings of Lost Battalion Games 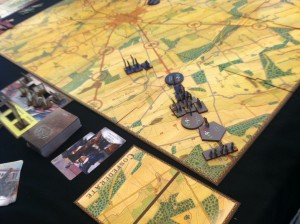 Another view of “Rally Round the Flag” which features the art of Mort Kunstler and was the final design of S. Craig Taylor. 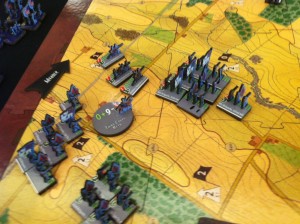 “Rally Round the Flag” is now on Kickstarter and has 11 days to go to reach its goal.

See you all there next year!