Despite working on the ‘Pirates of the Caribbean’ franchise, ‘Castaway’ and ‘Captain Phillips’, nothing could have prepared marine coordinator Neil Andrea for the scale of the ‘Dunkirk’ shoot

“We had Messerschmitts flying overhead, thousands of extras on the beach, minesweepers in the background, a 350 ft destroyer and torpedo boats all in the same shot.” 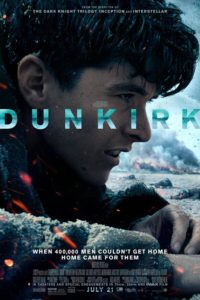 This is what Neil Andrea, marine coordinator on forthcoming epic movie Dunkirk, was standing alongside director Christopher Nolan on a single-camera boat with a crane and Imax in the middle of the action last year.

Andrea is convinced this was the biggest naval film shoot ever. Where most films use the magic of CGI to fill in backdrops, Nolan and his team actually filmed on location in Dunkirk with real war ships and fighter planes….”