WSJ: The First War to Run on Oil

From the Wall Street Journal

World War I made gasoline central to combat and world politics. 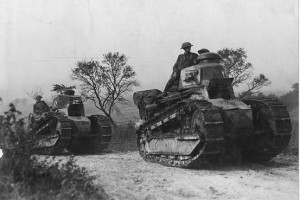 Half a century ago, on the 50th anniversary of World War I, the diplomatic historian William L. Langer described the war as “the wellspring of our discontents.” It remains that now, as we mark its 100th anniversary: Many of today’s most virulent struggles, from Ukraine versus Russia to the Middle East and its borders, have their origins in the Great War and its outcome. Indeed, the Islamic State boasts that its self-declared new “caliphate” is erasing the boundary between Syria and Iraq set by the World War I peace settlement.

A less noticed consequence of World War I is also still with us: the transformation of oil into a strategic commodity, central to international politics and critical to the fate of nations……..