Six D-Day wargames that let you invade Normandy all over again. 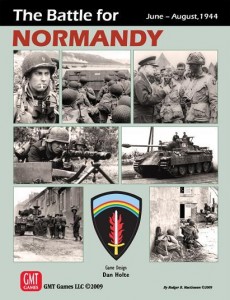 “D-Day isn’t just one of history’s epic battles. It is also a magnet for wargamers. The Normandy invasion has that magic ingredient that is irresistible to armchair generals: the “what if” factor.

Of course, D-Day was an Allied victory. But there were many what-ifs that could have turned victory into defeat. What if the Germans had deduced that the invasion would come at Normandy, and reinforced their garrison? What if their Panzer tank divisions, the armored sword that could carve up a fragile amphibious beachhead and throw it back into the sea, had been positioned near Normandy, ready to conduct a massed tank counterattack against the invaders?

On the other hand, what if the Allies had moved more aggressively just after the landing, and attempted to expand their beachhead further? Might they have broken the German defenses sooner, and ended the war more quickly?

This is the sort of hands-on historical experimentation that endlessly fascinates wargamers. And if you’re looking to spend a few hours this weekend recalling the greatest amphibious invasion in history, turn off the History Channel. Here are a few games that will allow you to get a bit more intimate with storming of Omaha Beach…”