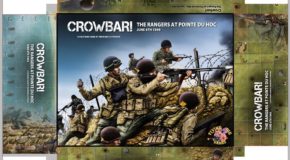 Stuka Joe “Mechanics-at-Play video of Crowbar! The Rangers at Pointe Du Hoc, a game designed by Hermann Luttmann, developed by Fred Manzo and published by Flying Pig Games in 2019.”

August 11, 2018 ” Hermann Luttmann is a prolific game designer with credits that span many genres, complexities, and themes. His newest offering is Crowbar! published by Flying Pig Games, and its currently doing the rounds 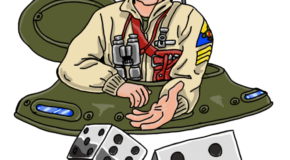 “No Dice No Glory” Episode 17 Interview With Mark Walker – Podcast

By the Staff of No Dice, No Glory: “Wargamers rejoice! In this episode, we sit down with Mark Walker, a game designer who has published some of the best games that you should be

By the Flying Pig Staff: We are so flippin excited about this. It’s less than 24 hours until we kick off! Crowbar!: The Rangers at Pointe Du Hoc is coming to Kickstarter tomorrow, July 24th at