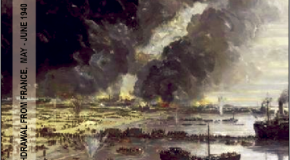 The Players’ Aid: Interview with Hermann Luttmann Designer of Miracle at Dunkerque from Legion Wargames

By Alexander: “Miracle At Dunkerque. Truly the phrase to describe the events that led to the evacuation of over 300,000 British servicemen from the beaches of North-West France. As civilians sailed across the Channel