The Players’ Aid: Interview with Hermann Luttmann Designer of Miracle at Dunkerque from Legion Wargames 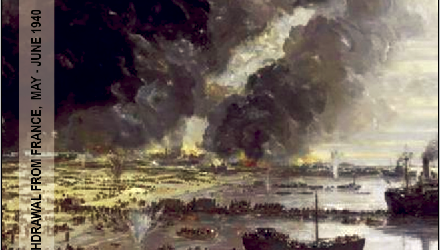 “Miracle At Dunkerque. Truly the phrase to describe the events that led to the evacuation of over 300,000 British servicemen from the beaches of North-West France. As civilians sailed across the Channel in boats of all shapes and sizes the courage and bravery of everyone involved was put to the test. From the nurses on board the Hospital ships, to the French soldiers fighting a tactical withdrawal to buy more time Dunkerque represents both a military disaster but also a triumph of human endurance and good will. Hermann Luttmann has put together a solitaire to try and recreate the action on the beaches and south of the city so you too can try to organize the retreat efforts of the BEF.

Hermann Luttmann sat down for an interview about this latest design of his and we’re very grateful for his time and efforts. Soon to be released by Legion Wargames; Miracle at Dunkerque will come with all of the highest quality artwork and components you’ve come to expect….”

PS: Boy, has this been a busy week for Hermann. – Fred