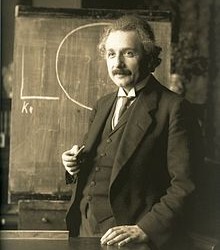 A new publishing company “Tiny Battle” has just released Hermann Luttmann’s newest game “Invaders from Dimension X!” As I was the developer of the game I thought I’d add a few factoids for anyone interested. First, it was a ton of fun to develop and, second, if it’s commercially successful we are hoping it’s the start of a series. Something along the lines of “The Further Adventures of the 124th Galactic Marine Raider Battalion” or perhaps “Tales of the 124th.”

Anyway, the art work for the game was done by Tim Allen and I must say the map is simply terrific. It really does generate that 1950’s S.F. feel we were looking for.

Now when I start developing a game all sorts of ideas pop into my head and once I bounce them off Hermann things tend to take off. So, due to the subject matter, this time we were able to let our imaginations run free and work a whole host of fun mechanics into one small package, but unfortunately some things occurred to us to late to include.

So while there are “Multi-Frequency Phase Nullifiers,” “Phase Shift Depolarizers” and “Alien Monoliths,” the bridge next to the wormhole on map 2 remains tragically unnamed. But never fear space-time geeks I promise the next adventure of the 124th will have a reference to an “Einstein-Rosen Bridge.”