Kabinettskriege: How Often Did Mid-Eighteenth-Century Soldiers Run Out of Ammunition? 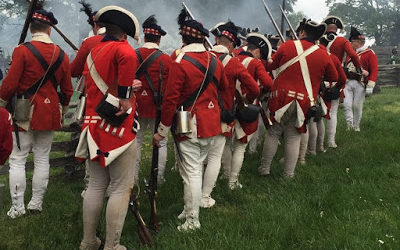 By the Staff of Kabinettskriege: 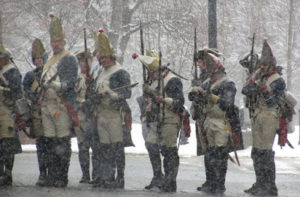 Today, we are going to examine a complex issue, which often lacks clear supporting data. The question before us is: how often did soldiers run out of ammunition on the battlefields of the Kabinettskriege era? Our first reaction might be: not very frequently. When I visited Fort Ticonderoga in the summer of 2010 (before the current administration, in other words), a member of the interpretive staff there intimated to me (and the entire  tour group with me) that the average experience of eighteenth-century combat was similar to going to the battlefield, “with one clip in your AR-15, and only firing 15 rounds out of a 30-round magazine.” Being rather pretentious and annoying, even in those early days, I approached this interpreter to talk about the experience of the Prussian army in Europe. A friendly conversation developed, and I spent the rest of afternoon collecting materials to build gabions offsite with this interpreter. It was one of the strangest and most surreal experiences of my life to date.