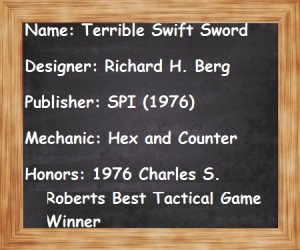 The climactic battle for the Shenandoah Valley, General Pickett’s headlong charge at Gettysburg and the first and second battles of Manassas are the stuff Richard Berg has fashioned a business from. Mr. Berg, 47 years old, a former New York City criminal defense lawyer, is the inventor of more than a dozen Civil War games designed to give Civil War buffs an opportunity to change history…..