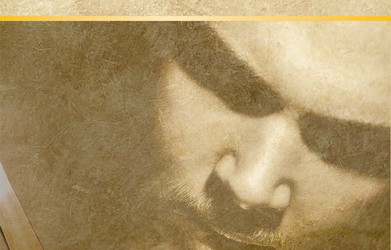 Let me begin by saying that I wanted to like Spartacus. It models an interesting situation, it uses the tried-and-true Hannibal: Rome vs. Carthage Card Driven Game (CDG) system and it covers a period of history that’s never been gamed. It involves not only the Spartacus revolt, as you would expect, but the Sertorian civil war in Spain and the upheavals in Asia Minor.

It can be thought of as Hannibal: Rome vs. Carthage with raiding, minor leaders, pacification and a crisis track covering a three front war. So it might seem that anyone who enjoyed Hannibal should get this game.

Unfortunately, the more you play it, the more problems you discover.

Generally speaking, we found the game’s event cards underpowered, although occasionally we’d come across a card that was inappropriately devastating.

A real life example is a case where the Roman player used Card #37, Slave Army Enamored with Italy, to march Sparatcus’ servile army to its death by forcing it to fight a much larger Republican force more than 4 cities from a pro-Spartacus area.

When the rebels lost, as we fully expected, Spartacus and his army were totally eliminated in the ensuing retreat – the equivalent of Rome finding tactical nuclear weapons.

Of course, if we had wanted, we were free to drop off any number of his men along the line of the “death march” in order to make especially sure of the final outcome.

First, the battle deck just isn’t big enough for players to obtain more than 1 or 2 of each kind of card, so battles tend to end rather quickly.
But, more importantly, the Republican forces have way too many zero tactical rated and 1 tactical rated leaders to make the system even work. (i.e. if your defending general can only gain the initiative by rolling a zero, or sometimes a 1, from a 6-sided die, how often will he succeed when battles last all of 2 or 3 card plays?)

In Hannibal: Rome vs. Carthage there was only generals Varro and Longus to give Rome agita – that is, just 2 out of 7 possible generals.

But, in this game, the Old Republic’s leader pool contains 17 out of 25 generals that guarantee it will never obtain the initiative in battle or even survive a strong shouting match with its opponents. That is just too heavy a burden for any side to carry.

On the other hand, the Sword of Rome battle system, the one that at least appears workable, is overly random. Its main problem being that it allows attacks at truly horrible odds in the hope that the defender’s losses will be greater than the forlorn attacker’s.

In effect, the game encourages players to send small groups of men to their certain defeat and death – repeatedly – in the hope that the loss ratio will eventually work out in their favor: a suicidal tactic that would surely have led to the execution of any general in the ancient world.

And if these problems weren’t enough, the Roman Republic has great difficulties raising troops. And the Crisis Track, which should have been a key feature, doesn’t seem to influence much of anything.

Summary
In my opinion, the aforementioned problems are the product of a game published with limited development and even less play-testing.

So I suggest people play it before buying it and definitely play it with the Errata close at hand. In my opinion, problems will persist even then. For example, the events will still be exclusionary and unimportant, the Crisis Track will continue just to sit there and the “death-march/nuclear option” card will remain a serious bug, even if it has been re-labeled a “feature of strategic importance”. All in all, the game simply isn’t playable out of the box and, with or without the patches, it isn’t much fun either. And that’s truly a great shame.