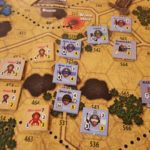 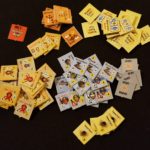 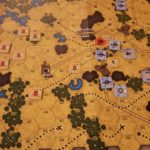 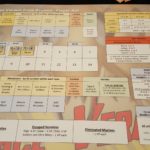 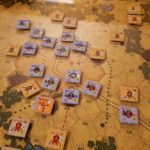 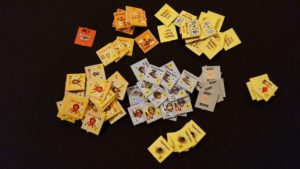 “I can’t help but smile while playing Space Vermin From Beyond! The game is a solitaire affair (with a 2-player option) that smacks you down on the planet Beyond III and places you in charge of the 124th Galactic Marine Raider Battalion, better known as the Old Reprobates, and tasks you with fighting off swarms of giant ant-like alien Vermites. The game is intentionally campy and ridiculous, but it manages to hit the camp and humor right on the nose without trying too hard, and it does so on top of a solid mechanical foundation. 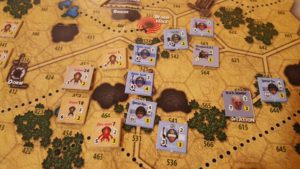 There is a two player option for Space Vermin, but the game is truly a solitaire game, and it’s at its best that way. The player controlled Marines follow a rule-set that rests solidly in traditional hex-and-counter wargaming territory and pairs it with an AI system for the Vermites that is both easy to operate and that provides a fun, interesting challenge that has enough randomness to keep things interesting….”

Space Vermin from Beyond! Home Page

Space Vermin from Beyond! BGG Page