The Boston Globe: Board games are back, and Boston’s a player

A Golden Age of tabletop games, from nerdy to mainstream, is afoot. 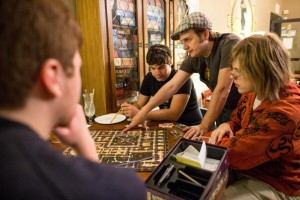 WHEN WE WERE KIDS, we played games.

I don’t mean games of make-believe or cops and robbers or video games, although we played those, too. I’m talking about games packed in boxes with cards, dice, and metal figurines — Candy Land, Parcheesi, Monopoly, Risk, Life, Clue, and hundreds more. Folded in the middle like a book, game boards were worlds we entered over and over, as if returning to a favorite story.

But we grew up, right? We put away those childish games and graduated to others on our devices and game consoles….. 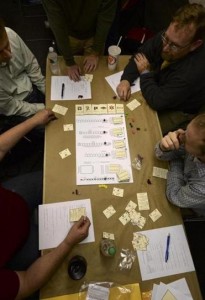 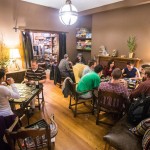