Update on VPG’s Dawn of the Zeds expansion #1: The Director’s Cut 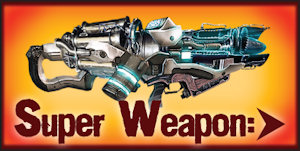 Our brave heroines, Petra Schlunk and Noelle Le Bienvenu, have    together faced the brutal survival challenges of Dawn of  the Zeds expansion #1: The Director’s Cut. Emerging battered and  bruised from the region of Farmingdale, this is what they have to report: The Director’s Cut really adds more difficulty to the game (as if it needs it!).  The new Heroes, Alyssa Darling and ex-con “Rusty” Staub really help  balance out the added madness and add interesting new dimensions to the    game.   Alyssa is a ninja, using her modified Stealth coupled with an Assassin ability to do some Hand-to-Hand attacks at no damage to herself. Staub, on the other hand, is a Foraging master, with the ability to gain a Supply if he is Foraging in the Mountains or Forest, even if he doesn’t succeed in his roll!

Naturally, you can’t have the good without the bad. So, in addition to the new Heroes in The Director’s Cut, two new Super Zeds enter the fray – Doom Zeds and Zedactyls. Doom Zeds terrify your Friendly units and force them to Retreat by their sheer presence;  Zedactyls – who move in a spiral pattern between the tracks swooping ever-closer towards Town Center with every Fate Draw – well, they can only be damaged by Gunfire (so if you run out of Ammo, you’ve got yourself an airborne problem of the first magnitude).

The Director’s Cut adds more focus on the Healing and Research aspects of the game, including new in-deck “Event Heroes,” Sasha Brooks and Elwood Berra, to help you out with their +1 modifier when rolling on the Research Track. In addition, if you are desperate to find that Super Weapon and/or Antidote, you can make the choice to sacrifice units in the Hospital for quicker (if nefarious) Research! But don’t feel bad – it’s all in the name of science, right? Let’s not forget about new in-deck Event Heroes, The Berry Boys! This chopper-riding duo may prove to be a good and a bad thing in your next game. They form a Special Civilians unit that steals a Supply whenever it enters the Town Center, and cannot move through a Friendly unit’s space even if they’re just passing through! The locals hate this pair, but you – as the player – might find good use for them when it comes time to blasting some Zeds, because these guys perform Gunfire attacks that do not use up your Ammo supply! The Director’s Cut adds a nice balance of nastiness and helpfulness to Dawn of the Zeds 2nd edition. You will love (and hate) all of the new additions to it.   Graphics Violence Work is continuing on Dawn of the Zeds expansion #1: The Director’s Cut. It has taken some blind-alley turns lining up the art for all the cards, but now our very own Noelle Le Bienvenu(one of the many great Grad Students

from The Art Institute of California: Orange County where VPG co-founder Alan Emrich teaches) has taken the reins for the “graphic violence” being committed to the cards and counters. She will be matching artist Vinh Ha’s level of photo-“chop-shop”-manipulation work on Dawn of the Zeds 2nd edition. Noelle is giving each piece of art its own flair (and gore), including faces of those who submitted cards for the Dawn of the Zeds – Director’s Cut contest. There is firm release date yet, but with all of the playtesting done and just waiting for (the admittedly, vast amount of) art to be completed, you Zed Heads out there can likely expect The Director’s Cut to rise from the editing room floor by early winter and should be the perfect severed leg’s stocking stuffer!
Read More Here
TAGS » Expansion, Hermann Luttmann, Point-To-Point, S.F., Victory Point Games
POSTED IN » Hobby News