Wall Street Journal: World War I: The War That Changed Everything 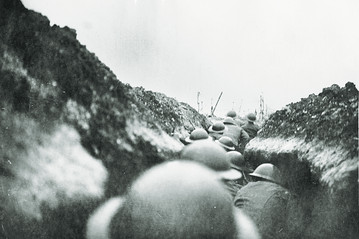 World War I began 100 years ago this month, and in many ways, writes historian Margaret MacMillan, it remains the defining conflict of the modern era. 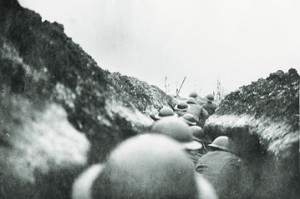 A raiding party from the Scottish Rifles waits for the order to attack, near Arras, France, March 24, 1917. One captain said, “The waiting was always the hardest part of all.” National Library of Scotland – WSJ

A hundred years ago next week, in the small Balkan city of Sarajevo, Serbian nationalists murdered the heir to the throne of Austria-Hungary and his wife. People were shocked but not particularly worried. Sadly, there had been many political assassinations in previous years—the king of Italy, two Spanish prime ministers, the Russian czar, President William McKinley. None had led to a major crisis. Yet just as a pebble can start a landslide, this killing set off a series of events that, in five weeks, led Europe into a general war.