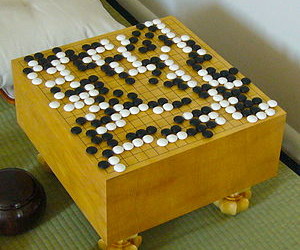 “Artificial intelligence took a historic step forward Wednesday when a Google team announced that it taught a machine to master the ancient Chinese game Go, a feat researchers have chased for decades.

While computers learned to outclass humans at checkers and chess in the ’90s, Go — a 2,500-year old game — was still vexing computer scientists. Because the game offers players a nearly infinite number of moves — and is difficult to score in the middle of a match — it’s proven to be the most difficult of classic games to teach computers to play….”