Weapons and Warfare: Evaluating Armoured Warfare on The Eastern Front I 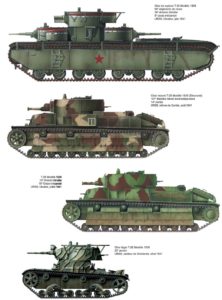 “The Russo-German War in general, and armoured combat on the Eastern Front in particular, have remained popular subjects in English-language historiography of the Second World War for the past six decades. However, much of what Anglo-American readers know or think they know about armoured warfare on the Eastern Front has been shaped by self-serving memoirs such as Guderian’s Panzer Leader or von Mellenthin’s Panzer Battles, or popular wargames such as SPI’s Panzerblitz (1970) and a new generation of computer wargames. A cult of German tank-worshippers has arisen and its members are now firmly entrenched in their belief that all German tanks (meaning their beloved Tiger and Panther series) were better than any Soviet tanks and that the Red Army’s tank forces only prevailed because of numerical superiority….”