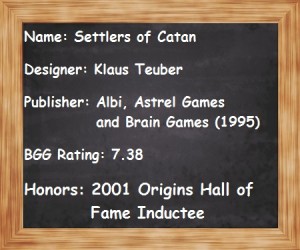 The weekly schedule of an NFL player is jam-packed and controlled to the millisecond. There are appointments that cannot be missed. There’s practice, film study and time in the cold tub. In the case of the Green Bay Packers, there’s also board-game night.

There may not be a more unusual bonding tradition in the NFL than the gang of Packers who get together regularly to play a board game called “Settlers of Catan.” For the past two months, it’s been the talk of the locker room. The number of players that have devoted a long night to the game is in the double-digits—including most of the team’s starting offensive line, among others….