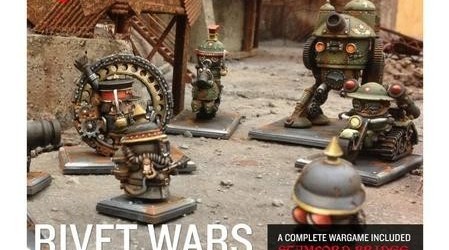 Yaah! magazine is a new kind of periodical. An independent digest that covers all types of war and strategy games, regardless of their publisher.

We’re independent. Despite being owned by Flying Pig Games, we aren’t about Flying Pig Games, nor are we about smashing the competition in dark-hearted reviews. We only write articles about one thing: Games we love. Well, okay, we also write a small bit of history (see below). Life is too short to write about the bad stuff. If you see it in our pages, you can be sure the article’s author enjoyed himself. That sounds like fun to us.

Also fun is the game (two games in issue #1) and accompanying historical article that you’ll find in every issue. Not huge, these are strategy and war games that are playable on a 11” x 17” map with no more than a sheet of counters and eight pages of rules, something that you can play and enjoy in a single sitting.

Better still, our game isn’t the only thing that you can play. Each issue will contain scenarios for what we hope are some of your favorite games. From ASL to Memoir ’44, we have you covered. No subscriptions, no preorders… at least not yet.

Sign up for our newsletter and we’ll tell you when we are ready for you. Till then, please help us spread the word. 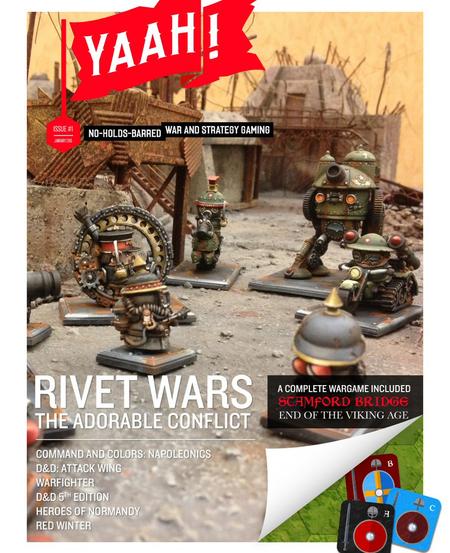 This issue includes two games, Stamford Bridge and Hastings. Stamford Bridge is a clever game that recreates the battle of September 25th, 1066. It was at this battle that that an army of Vikings and Anglo-Saxon Rebels were defeated by King Harold just three weeks before his demise at the Battle of Hastings.​ The Hastings game uses the same system to recreate the famous Battle of Hastings. ​mmmmmmmmm

The issue also includes articles and scenarios for D&D Attack Wing, Command and Colors Napoleonics, D&D5e, Campaign Commander: Roads to Stalingrad, Rivet Wars (on the cover) and Victory Point’s States of Siege series. Plus a column by the renowned Peter Perla!