Ad Astra: A Card Game Review from The Boardgaming Way

We recently played the 4 player version of Ad Astra, a SF game designed by Bruno Faidutti and Serge Lagett and published by Fantasy Flight Games back in 2009. For those interested, “Ad Astra” means “to the stars” in Latin. The quote may have originated with Virgil, “sic itur ad astra (“thus you shall go to the stars”).

You can think of it as Starfarers of Catan without a board, tiles or dice. That is, it’s a Euro resource management space game based on cards. Players start with a single spaceship in Earth orbit, a handful of resources and knowledge of a half dozen nearby solar systems. Although, all they really know about them is the type of star there and the fact that they each have 5 planets. 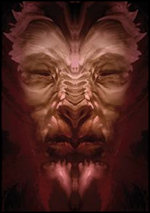 The players then compete to build the biggest space empire, with Victory Points being awarded for things like colonies, factories, terraforming systems and multiple starships. But this competition is strictly in the Euro tradition as there isn’t any combat. In reality it’s a game of Exploration, Exploitation and Expansion without the Extermination part.

Ad Astra’s economic system consists of 6 different resources: power (electricity), little rocks (iron ore?), big rocks (mercury?), food, water and gold. Although early on, energy seems to be the resource to have as it helps your spaceships travel between the stars.

In addition, each player gets a hand of about 10 general interest cards with two choices on each and a few resource cards. To build a colony players use three different kinds of resources, to terraform a planet they use four different resources etc. You get the idea.

Each full game turn consisted of players placing three cards from their general interest hand onto a chart face down in order to create a game turn of 12 rounds.

Once the game turn is created everyone may do whatever each card on the chart says to do once it is turned up. So, for example, if the first card says everyone now generates gold, that’s what each player is allowed to do that round. That is, if they have any gold producing planets. If the next general interest card in the queue said everyone should consider traveling, players then get permission to travel to or from the star systems mentioned on that card. If that is OK with them they pay two energy cards and move to the solar systems in question. But they have to be careful about which destination they chose because once they get there they might not be able to get out as they’ll need more energy cards AND the permission of another travel card to leave.

However, as in Starfarers, once they get to a solar system, only they are allowed to explore its planets and to colonize the best ones. What they have to watch out for is that while the system in question may have 5 planets, there are 6 resource types and the possibility of finding a planet full of ancient artifacts. So players are taking somewhat of a risk exploring new systems. Not only could they end up being stuck there, but that one special resource they went searching for may not even be there. 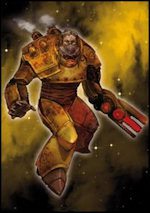 Now, whenever a player thinks it’s time to start harvesting the Victory Points his empire has produced he places one of his scoring cards onto that turn’s order queue and, when it hits, everyone counts up the VPs for having starships or colonies or whatever the scoring card he picked mentions. But other players may have placed other types of scoring cards with other VP scoring chances in the turn sequence too. So while you might surge ahead when counting up the number of planets you visited, your competitor might pass you when the number of terraformed planets is taken into account. As a result, victory goes to whoever expanded the most and whoever played the scoring cards the best. Unfortunately, as you only control one hand of cards out of the four involved (or however many players there happens to be) it all seems rather random when you are in the middle of it.

However, while this sounds like Starfarers, in a general sort of way, there is much less interactions than even in the Catan game. First, the “general interest” card played controls the actions of all the players in a round. So if the card says “travel,” all the players either travel to or from only the two types of solar systems mentioned on the card or they do nothing at all that round. Then again, if the card played says “trade,” only the controlling player gets to turn in 2 identical resources to the bank for one resource of his choice. All the other players either trade with him or once again sit out a round. So, as one would expect from a game with such limited interactions and no thief mechanism, a game of Ad Astra may easily generate a run-away leader problem. That is, whoever is in the lead early, wins.

Now Ad Astra is a well produced game of its type but if I was in the mood to play a resource space game I’d go with Starfarers. 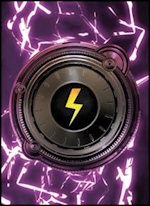