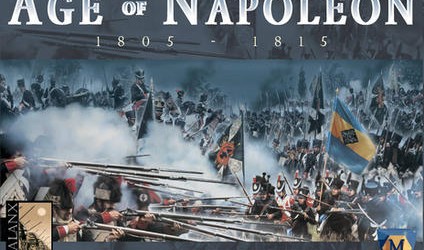 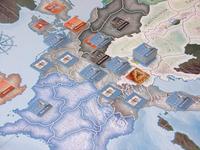 Age of Napoleon in play – BGG

Over a beautiful map game board detailing early 19th century Europe, this card-driven war game plays out in several phases, including a diplomacy phase where players can play cards to influence the various states of Europe. The heart of Age of Napoleon, however, is the campaign phase, where players maneuver their armies and engage in battles……