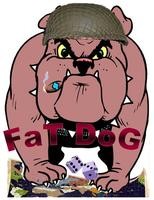 Fatdog 2017 was held as you would expect the Friday After Thanksgiving (as a Day of Gaming) on November 24th, here on Long Island, at the Radisson Hotel. As usual, it was a great success, drawing over 140 attendees, including vendors, designers, and regular gamers 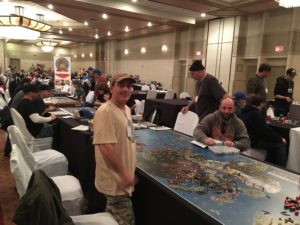 Here is a shot of one section of the main ballroom. That’s one of the larger “Axis and Allies” versions being played in the foreground. 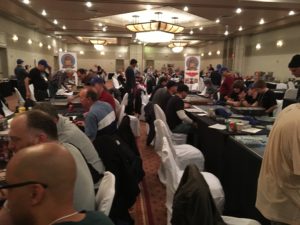 Here is another shot of the main ballroom. Wargames, American and Euro-style games, plus miniatures were played, along with a flea-market, a raffle, and awards (and two hot meals!) 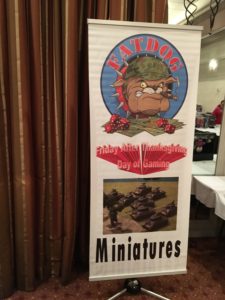 Along with wargames, there were miniatures, SF, Superhero and fantasy games galore. 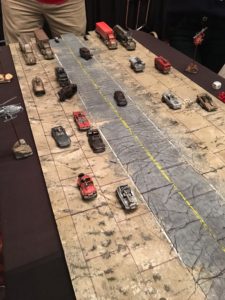 This was one of the last miniature games played that day. I missed taking a photo of an earlier cityscape game. 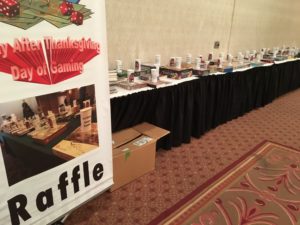 Along one wall was a raffle table and along another was a flea market. 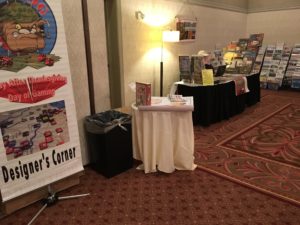 There were four or more designers present, including Mark Herman, Hermann Luttmann, and Scott Muldoon (of GMT’s upcoming “Cataclysm: A Second World War “). That’s ATO’s vendor corner in the above photo. 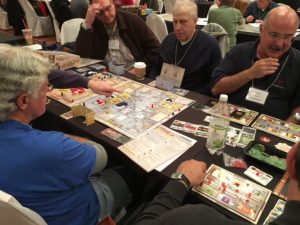 The gentleman in the center is Mark Herman, I believe he is playing his “Pericles: The Peloponnesian Wars” from GMT. 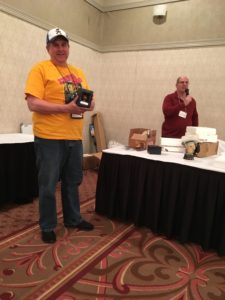 This is Hermann Luttmann receiving a “Doggie” award from Dr. Harvey Mossman, the organizer of Fatdog. Hermann’s “At Any Cost: Metz 1870” in coming out from GMT shortly. Let’s Go Mets! 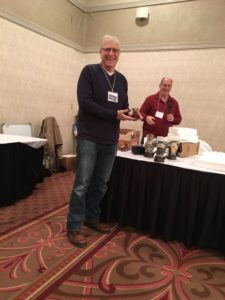 Here is Mark Hermann receiving his “Doggie” award for 2016. He should have gotten it at last year’s convention but it broke being carried into the ballroom. 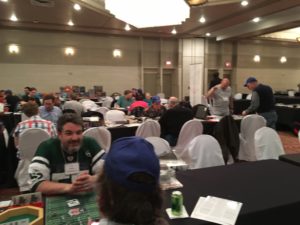 This is Scott Muldoon of “Cataclysm: A Second World War” fame in the lower left-hand corner. “Cataclysm” will be published by GMT in 2018. 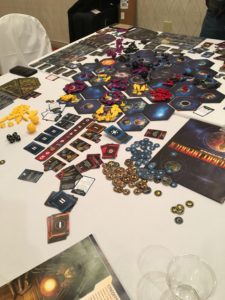 A game of “Twilight Imperium” 4th edition was also given a tryout. 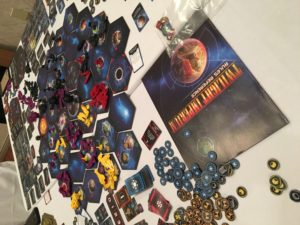 Here is another shot of “Twilight Imperium” 4th edition being set up. 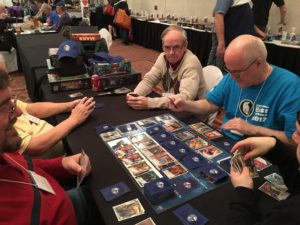 A superhero game being played. 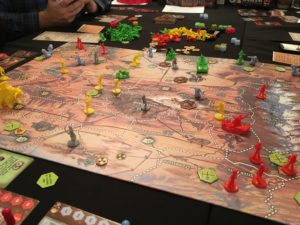 A late night game of “Defenders of the Last Stand” just starting. 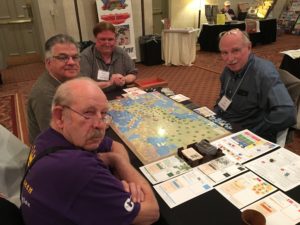 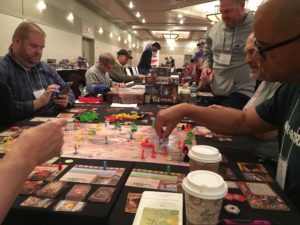 Another view of “Defenders of the Last Stand.” We still haven’t won this game. Once we got as far as defeating one boss, but usually we are overwhelmed before even that takes place. 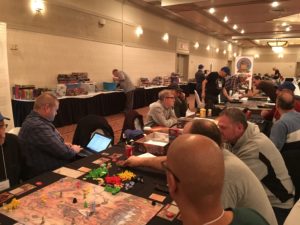 That’s part of the flea-market in the background and “Defenders of the Last Stand” being played in the foreground. 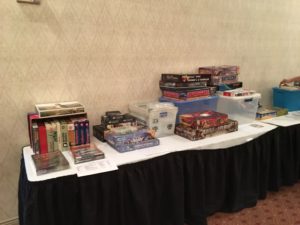 A view of part of the flea market. 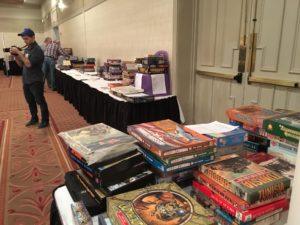 Another view of the flea market. 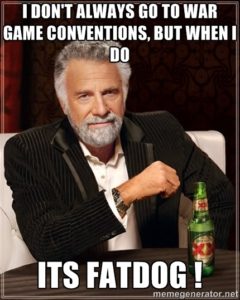 The convention ran from 9 AM in the morning until around 11 at night. The $20 pre-order price included 2 full meals from the hotel, which helped everyone have a great time. Here is hoping next year turns out as well as this year.