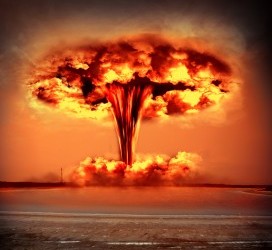 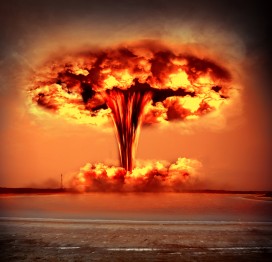 Barack Obama, Xi Jinping, David Cameron and 50 other world leaders are battling against the clock to protect the world from a “dirty bomb” attack by terrorists in the heart of a major financial centre.

Military officials briefing the leaders do not know exactly where the attack is going to be carried out and they have limited time to come up with a response to avoid mass destruction. Hundreds of thousands of people could die.

In fact it is a “war games” scenario faced by the leaders this week when they took part in a role-playing exercise at a nuclear safety summit in The Hague.

The unusual and unexpected Armageddon simulation was part of an effort to get the leaders to think seriously about how they would react to an unconventional nuclear war. Those who witnessed the leaders’ reactions to the unfolding crisis, made up of a series of short movies, said the game felt “freakishly real”.

Heads of state, foreign ministers and defence officials from 53 countries at the summit, including Mr Obama and Mr Xi, were given touch screen tablet computers from which to pick one of four responses from a multiple choice list. As the game proceeded, the scenario “on the ground” also evolved, forcing the leaders to take decisions under mounting pressure……?