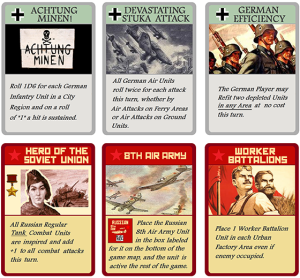 A second solitaire design, Juarista! The French Intervention in Mexico, is also in development and includes event cards. Cards which will be an ongoing feature of many of our games.

We will be posting more information on these games on the games product pages and further news on upcoming games on this news section of the website.