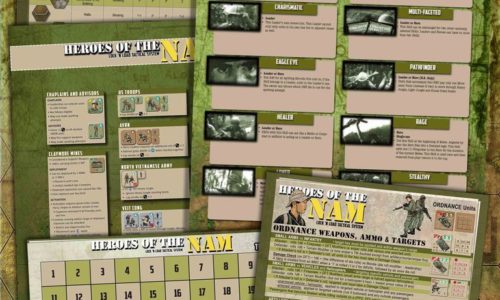 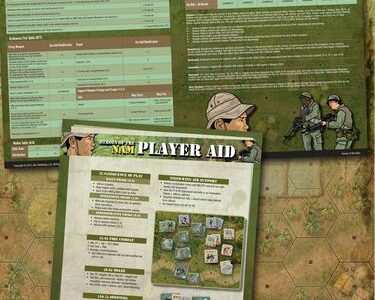 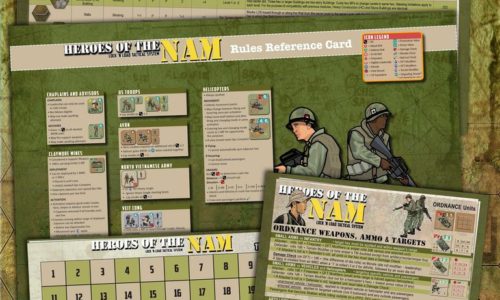 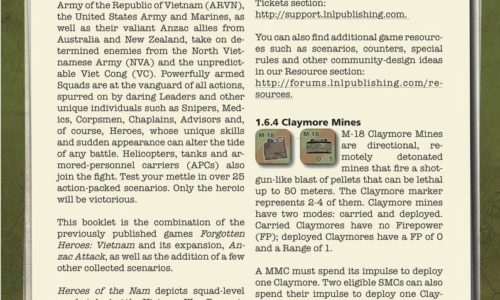 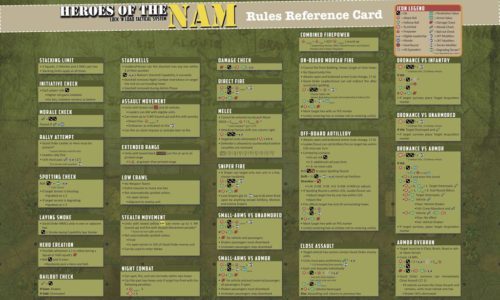 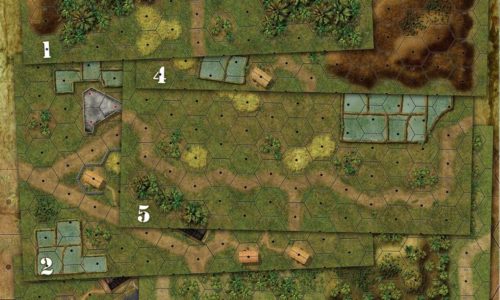 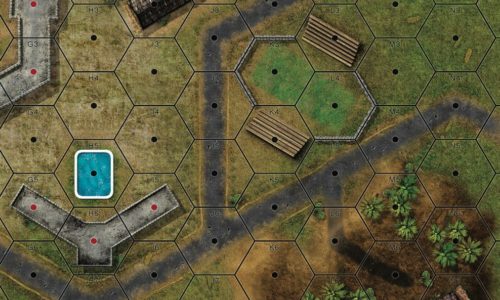 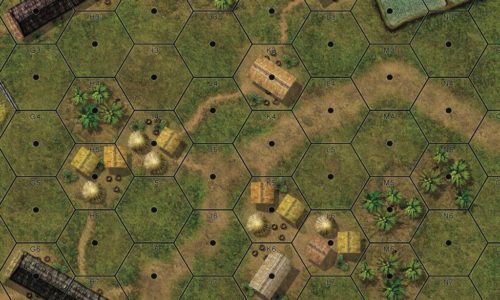 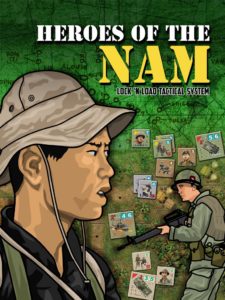 Lock N’ Load has produced a series of tactical level games using a core rules system aptly named, The Lock N’ Load Tactical System.  It is a hex-and-counter game system employing two dice, one white, one of color. The particular game from the series we were supplied with to review is titled “Heroes of the Nam.” Being of a certain age, the term, “The Nam” stabbed at me a bit, and turning combat from this controversial time in history into a game may be seen as politically incorrect by some people of my generation. We have to be realistic. The entire series is devoted to modern era combat so every title is going to be “too close to home” to different segments of society. So  I simply let my feelings slide, after all, the hiking pants I am wearing while typing the first draft of this review were made in…you guessed it, Vietnam. Oh, how the world has gone on, and I have not.

At first look, I appreciated the high production quality of the game’s contents. The core rulebook, Lock N’ Load Tactical, Modern Era, 1960-Present, is printed in large font and is well illustrated. It comes in at 73 pages long. There is a separate manual, “Heroes of the Nam, Lock N’ Load Tactical System, Module Rules  & Scenarios.” Again this booklet has the same qualities of the core rules, well made, large font, well illustrated—it is 83 pages in length. 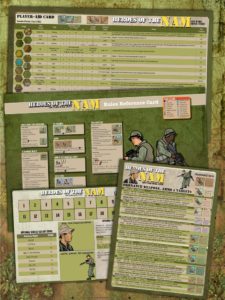 Oh no, what have I gotten myself into?  Will this be another life-long rules study to play a game? No. In fact, wargamers who have played the older game, Lock N’ Load Forgotten Heroes, will have an easy time transitioning to this new series. Here’s a tip for less experienced wargamers. Give the core rulebook a light read. When you get to the “Example of play: basic infantry combat” that starts on page 58 and ends on page 63, read it and follow along closely, then stop there. Don’t go into the “Example of play: Basic Armored Combat” section until you have digested infantry combat. I went so far as to punch out a few counters and move them around a map. I referenced the rules for a few clarifications on terrain effects and such, and before long I was ready to crack into one of the  27 scenarios provided.

Oops, another 9 pages in the front of the scenario book to read and get familiar with. Easy enough, and I found that after reading these 9 pages the additional information they contained helped solidify my understanding of the information I had gleaned from reading the core rules. Still, I decided to take a conservative approach and start by playing the first scenario, named, Ap Bac. a simple, straightforward Infantry on Infantry action. 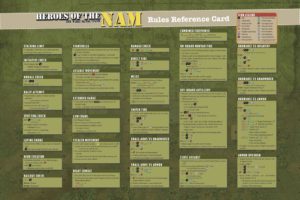 The core rulebook is well organized and will help you as you step through the game turn phases. The scenarios in the Module Rules & Scenarios book are laid out in a nice progression that adds weapons and special combatants/non-combatants slowly. The game does an excellent job of introducing what have become the iconic weapons of the Vietnam era; helicopters, claymore mines, RPGs, and even some armor is included in limited numbers as it was used in, The Nam.

General impressions:  Well made, well designed. The maps and terrain effects do a good job of representing the diversity and challenges of combat in Vietnam. Lots of scenarios are provided, and more games in the series are available using the same core rules. Most importantly, it was enjoyable to play. 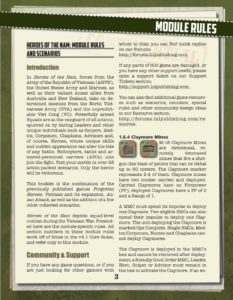 The things I am not wild about. A lot of status counters are used to keep track of the units as they progress through the turn phases. That is something I generally do not like as a matter of preference. You may prefer the detail such mechanics tend to add to a game. I am also not a fan of scenarios with Secret Paragraphs that reveal additional scenario information or benefits once specified conditions are met in the course of gameplay. Such things make for an interesting game the first time a scenario is played, but unfortunately, I think they provide an unfair advantage to those who have played the scenarios before their adversary.  For me, this takes away some of the scenario replay enjoyment.

Bottom line: Well made, solid game design, well developed and easier to learn than it looks. Though not a favorite, overall I enjoyed the game and look forward to playing other titles in the series.

Heroes of the Nam home page

Heroes of the Nam BGG page:

Heroes of the Name Living Rules: 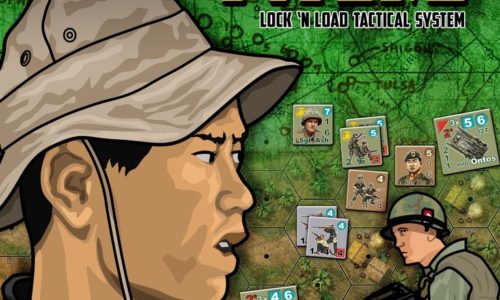