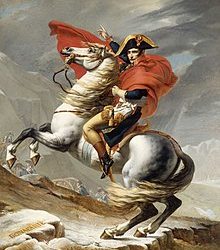 Ranking Every* General in the History of Warfare

When Africanus asked who, in Hannibal’s opinion, was the greatest general, Hannibal named Alexander… as to whom he would rank second, Hannibal selected Pyrrhus… asking whom Hannibal considered third, he named himself without hesitation. Then Scipio broke into a laugh and said, “What would you say if you had defeated me?”

“Like Hannibal, I wanted to rank powerful leaders in the history of warfare. Unlike Hannibal, I sought to use data to determine a general’s abilities, rather than specific accounts of generals’ achievements. The result is a system for ranking every prominent commander in military history.

Inspired by baseball sabermetrics, I opted to use a system of Wins Above Replacement (WAR). WAR is often used as an estimate of a baseball player’s contributions to his team. It calculates the total wins added (or subtracted) by the player compared to a replacement-level player…”